Home/Miscellaneous/Why wristwatches are getting bigger & bigger? 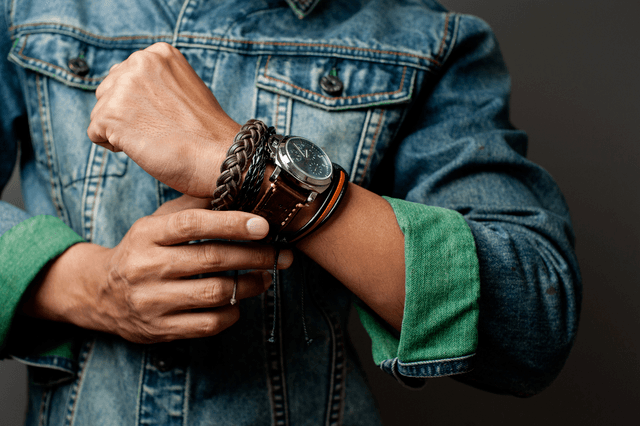 Watches have existed since the 17th century primarily to inform its wearer of the time. In recent years, though, modern watches have branched out from this purpose and have added various functions and features through modifications. Some of the additions include the use of date, perpetual calendar, lunar phase, tourbillon, and usability in great depth, and solar power.

Through these extensive additions, the size of wristwatches has become progressively and noticeably larger compared to the past. The trend has grown and still continues, begging the question, “Why”?

WATCHES THEN AND NOW

There are multiple reasons for the trend in wristwatch sizes that range from popularity, perception, and functionality. Before continuing, let’s have a short look at the evolution of watch sizes through the years. The acceptable size for watches was 37mm – 39mm during the 1990s. The various features and additions have already existed during this time but were very minimal due to a lack of technological capability.

The thirst for larger watches significantly grew and became more prominent at late 1990s. During the turn of the millennia, the size of watches grew up to 40m – 44mm, a testament to the growing want for this type of trend in larger sizes for the wristwatch. Nowadays, with a continued interest and resources for larger sizes, a rapid increase is seen and some wristwatches reach about 60mm wide, having a normal acceptable range of 40mm – 48mm.

WATCHES AND POPULARITY AS ASSOCIATIONS AND SYMBOLS

How did all of this happen? Most people attribute this trend to popularity. The growth of wristwatches from a humble timepiece to a modified device is largely due to the continuous developments of trends in time. What started out as simple timepieces are now seen as status symbols that tell a lot about the person wearing them.

The popularity grew as people developed a connection to the device and therefore resulted in it becoming a collector’s item. The interest kept growing so much that people became aware of famous people and what they wear, noticing therefore the conspicuous wristwatch. As certain personalities wear larger watches, this is then relatively seen as a growing trend.

The watch’s popularity through personalities shouldn’t really come off as a surprise as the timepiece is one of the most obvious devices seen on a person. As the common rule goes, anything associated with that person is considered as something that defines who he or she is. Nowadays, it currently joins the ranks of various luxury items as people are now associating status, class, and power to what type and size of watch a person wears.

WATCHES AND PERCEPTION FROM PEOPLE

Perception is also a big reason as to why the wristwatch has grown in size. Men tend to wear larger watches and women tend to wear smaller and simpler ones. Some have associated watches as masculine when there are more designs and functions, leading to a larger size. Similarly, watches are seen as feminine if they are smaller and more simplistic or minimalist.

Though the conception is not cast in stone, it is not baseless and has become recognized by watchmakers as they also tend to create unisex watches for those who prefer a little bit of both in the mix. Larger watches are also preferred to be worn by taller or bulkier people, as their wrist-to-watch ratio matches better than the normal-sized ones.

Some people also find that when they try out larger sizes of wristwatches, they grow attached to the feeling and make it hard to go back to smaller sizes. The concept is that people grow accustomed to the lifestyle including large watches and will then prefer moving forward, as going back to a smaller version may feel awkward. This trend is then reflected on the industry that acknowledges the customer’s growing preferences.

WATCHES AND FUNCTIONALITY THROUGH DESIGN AND TECHNOLOGY

Besides the association with popularity and perception, functionality through design and technology also plays a vital role in the growth of wristwatches. Ever since the turn of the century, there have been a lot of developments added to the traditional timepiece.

Some watchmakers tend to create their own designs for their timepieces and are therefore reflected on the finished product. This creates uniqueness and a trademark for that specific brand. These additions are usually the cause for making watches larger in size, adding the technological potentials through the added space.

There are technological advancements that have made wristwatches durable through strong materials, clear-cut through laser-etchings, and more functional through new software capabilities. Through all of these features and new functions added to the watch, coupled with the continuous trend for wristwatches, the incorporation of technology fitted perfectly in large watches makes sense.

A TREND IN SIZE

As there are people who patronize the trend in large wristwatches, it will continue to be as such. Through all of the reasons listed above, there are several reasons to this trend that encompasses the physical and psychological reasoning behind the movement. May it be popularity, perception, or functionality, wristwatches will continue to evolve according to how the users want it and how it would help greatly through its multiple features.

And through all the growth and development, two things remain constant: its function as a timepiece and its continuous development geared towards better service.