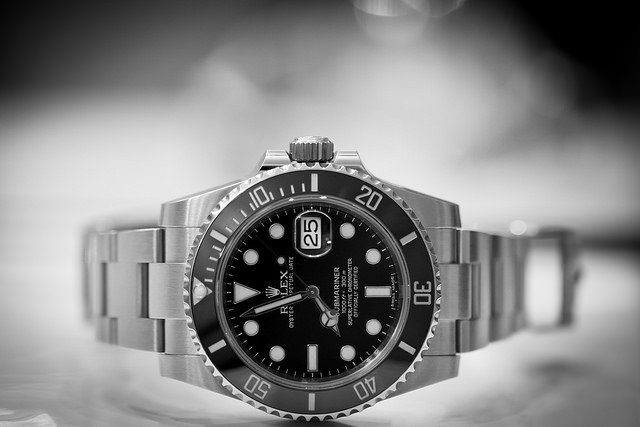 The most successful watch manufactured by Rolex for divers is the Submariner. The initial Submariner was first produced towards the end of the 1950s and has since gone on to become one of the most well known and loved watches in the world. Although the Rolex Submariner is a luxury watch, it’s still capable of being used in demanding professional situations.

Rolex Submariner watches are slightly smaller and lighter than the Rolex Sea Dweller which in turn makes them more comfortable. The downside, however, is that this may make them more difficult to read in certain situations.

The Submariner also doesn’t come with a helium escape valve which is included in most Sea Dweller models. For this reason it may not be suitable for use during saturation diving. It comes with a very strong and sturdy case, however, to ensure that an accidental knock or bang won’t damage the internal watch movement.

The Rolex Submariner has appeared in a number of different films including the early James Bond movies. Since then Rolex has been replaced by Omega as the “official” watch of James Bond. For example, in From Russia With Love Sean Connery is seen wearing a Submariner throughout the film.

HOW DIVE WATCHES EVOLVED FROM DIVING TOOLS TO STYLE ICONS