Home/Miscellaneous/Why Most Women’s Watches Are Quartz? 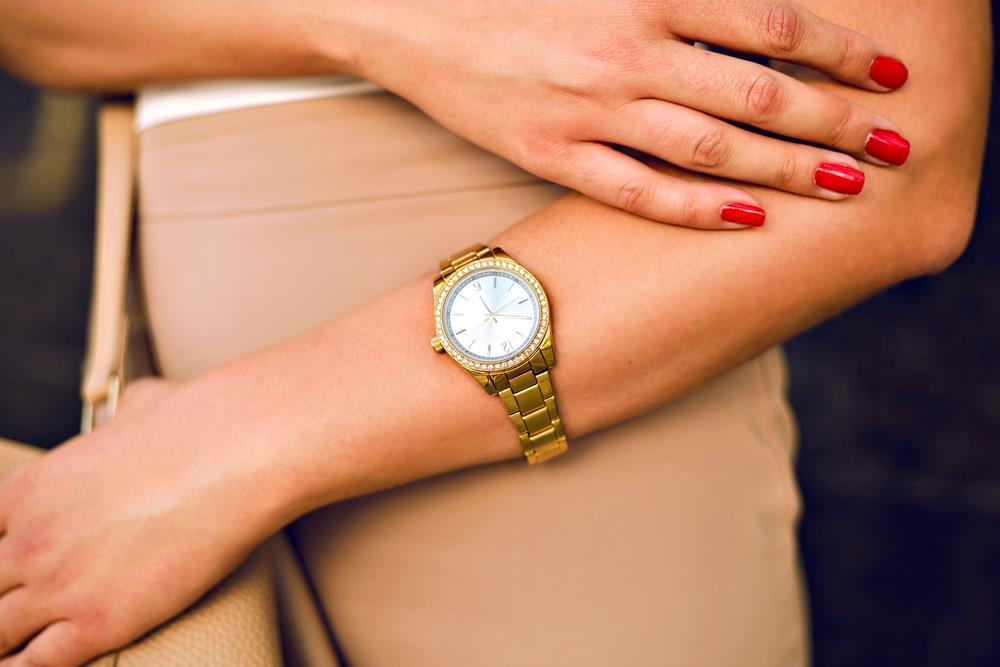 If you ever notice the women’s watches market, you would see it’s filled with quartz timepieces of all types. Mechanical women’s watches are rare. There are many reasons; some are easy to spot, some require a basic knowledge of marketing, as well as the habits of men & women.

As we know, kinetic or mechanical movements are much thicker, bigger and more complex than quartz movements. It costs a lot to produce an automatic caliber with small size; only luxury brands are willing to do it!

In the past, most women’s watches are quartz because they preferred small size, small watches look cute & feminine. Today’s women’s watches are getting bigger and bigger; Michael Kors is known to produce 40+mm ladies watches, and they’re sought-after a lot. However, any change takes time!

2/It’s about how they see their watches

Quartz movements are undeniably cheaper than traditional mechanical ones.

Men tend to look at their watch as a companion that they want to be by their side for decades. That’s why they highly value the craftsmanship behind every auto watches (that’s why many watch enthusiasts spend so much time to seek after dedicate skeleton pieces). So manufacturers can spend more money on making mechanical watches because men are willing to pay more for a long term investment!

Women, on the other hand, don’t have such kind of connection with their watches. To them, a watch is just another accessory like earrings, bracelet or a nice-looking handbag. They’re not willing to pay a large chunk of money for a fashion item that will likely be replaced after one or two years. So quartz timepiece is a better option. When it comes to price, quartz watches are always the winner!

Women don’t care much about what caliber is ticking inside their watch, as long as it runs smoothly and tells the exact time. They care more about the design: “What color is it?”, “Does it suit my dress?”, “Wow, some diamonds around the bezel, nice!”

Men tend to look at the inside; they want to know about the watch’s heart: “It’s an in-house made Japanese movement, or it’s outsourced to China?” “This Swiss made caliber has more jewels than others; I think it’s more accurate and more valuable!”

This difference is not only true to wristwatches alone, but also laptops, smartphones, and many other gadgets!

4/Women already have so many things to care about

When it comes to fashion, men have few choices besides the wristwatch. But women already have so many other stuff occupied their mind. So an auto watch which requires them to wear on a daily basis, to adjust every other week, is out of question. They’re not interested in how their watch works; they want something that is as simple & convenient as possible!

Although mechanical watches are pieces of art to men, it’s not necessarily true to women! Their priorities are different. That being said, the trend may change in a near future, who knows? After all, fashion trends are always challenged, and women’s habits are not set in stone!