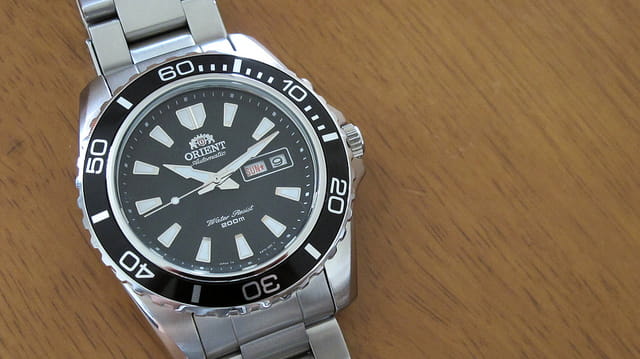 Any watchmaker can put together a few pieces of motor, needles, dial and strap to make a watch. However, to turn a watch into a piece of art, it takes keen eye for detail, unparalleled craftsmanship, high-quality material, and an uncompromising attitude towards quality. These traits are found only in a handful of best watch brands for men, some of which are mentioned below. 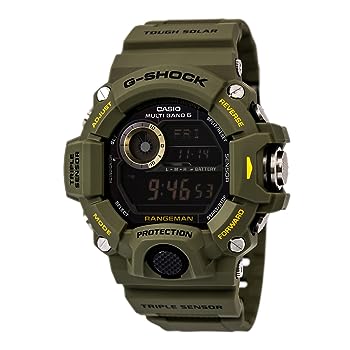 Casio is a Japanese multinational electronics manufacturing company established in 1946. It started by manufacturing electric calculators, and later diversified into a variety product lines. It wasn’t until 1974 that Casio manufactured the game-changing Casiotron – the first electronic watch with an automatic calendar. Since then Casio has continued to improve the craftsmanship and technology of its watches, whether it’s an evening watch or G-Shock.

Today, Casio is one of the most popular watch brands that offer timepieces packed with cutting-edge technology, striking visual appeal, and unmatched durability. The Casio G-Shock, Diver’s and Marine Gear watch collections are a few of the company’s most sought-after collections. The watches in these collections, like the Black Casio Sea Pathfinder, the Frogman and the G-Lide Surfing editions are particularly designed for water sports and activities. Depending on the model, these watches have features like analog-digital, water resistant to 100 to 250 meters, shock-resistant, chronograph, and others. 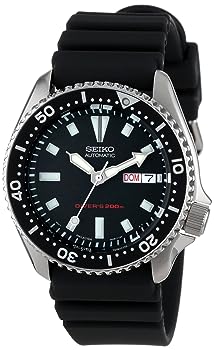 Fast forward almost two decades, Seiko received a letter from a professional diver which instigated the need of a diver’s watch that will withstand pressure at depths greater than 300m. After years of research and development by Seiko engineers, the world’s first titanium dive watch, the Professional Diver’s water-resistant to 600m, was created in 1975. 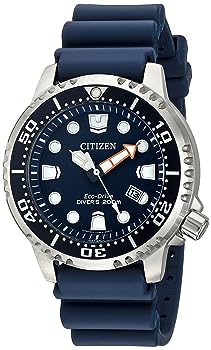 Citizen was founded in 1918 when it manufactured pocket watches. The World War II, however,  destroyed the Japanese watch industry. Citizen later revived under company president Eiichi Yamada, who successfully achieved the global brand recognition by constant technological development and breakthroughs in watch-making.

Over the course of 84 years the brand has added many feathers to its cap, such as satellite-synchronized and radio-controlled timekeeping, and the pivotal and most popular light-powered technology, Eco-Drive. Citizen manufactured the first domestic waterproof watch ,”Parawater” in 1959 and world’s first quartz divers watch with water resistance to 1300m in 1982. Among other Citizen watch series like the Skyhawk and Blue Angels, the  Promaster Aqualand series are worth mentioning. These watches are packed with features essential for divers, such as a built-in depth meter, rapid ascension warning system, bright lume and a water sensor.

It also remarkable that all Citizen watch parts are manufactured and assembled in-house or by the brand or by its subsidiaries. 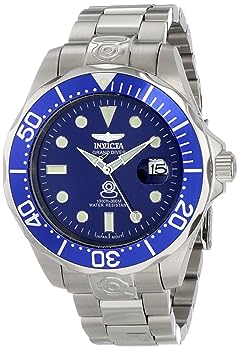 Invicta, meaning “invincible” in Latin, is a Swiss watch making company founded in 1837, with the aim of making Swiss watches available at affordable prices. After the “quartz invasion” pushed the brand out of the market, Invicta resurfaced in the 1990’s with unshaken determination to follow its motto.

Invicta’s Pro Diver collection gives you myriad of choices as it comes in many incarnations for water sports. Available in a wide variety of band styles, finishes, designs, and size, these unisex watches offer supreme value for money. 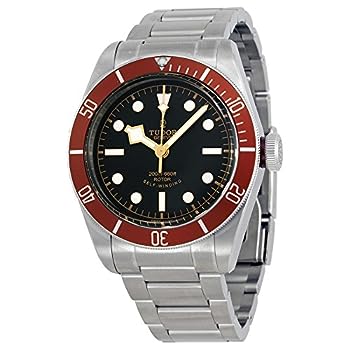 Being established in 1946, Tudor is the brainchild of Hans Wilsdorf who, earlier in 1908, had founded the iconic Rolex. Hence, Tudor and Rolex are from the same bloodline.

Right from the beginning, Tudor was conceived as the “second” brand offering watches that are more moderately priced than its elder, more popular brother. The most notable difference between the two brothers surfaced when the first Tudor Oyster hit the market. The watch was not powered Rolex manufactured movement, but one supplied by Ebauches SA, ETA.

With time, Tudor gained distanced from Rolex and today, it manufacturers timepieces that bear no resemblance to that of Rolex. However, the brand does not compromise on quality and ensures to use exceptional materials and deploy traditional art of hand craftsmanship to manufacture its watches.

An example of Tudor’s high-quality designs is that its watches have been used by the divers of the French Navy, as well as the by the US Navy for its UDT and Navy Seals. The brand has manufactured 3 generations of classic Submariner collection, with the  the 79000 series still available in the market. 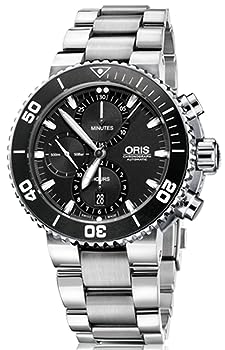 Oris, the manufacturer of Swiss luxury wristwatches, was founded by Paul Cattin and Georges Christian in 1904. While Oris-branded quartz watches existed in the 1980s, today the company focuses only on manufacturing mechanical watches. These watches stand out not only because of their distinctive design but also the red rotor, the trademark symbol of Oris mechanicals.

Four main sub-categories of the Oris’ mechanical watches are Motor Sport, Culture Aviation, and Diving. Regardless of category, each Oris watch is passed through rigorous quality control tests before it leave the workshops. This ensure that the functional designs and useful complications of Oris watches are manufactured to the highest standard for everyday wear.

The company is known for manufacturing watches in conjunction with celebrities. In 2006, Oris introduced a watch that bore the name of one of the world’s greatest freedivers, Carlos Coste. This partnership boosted the reputation of the Oris diver’s collection. Oris has also collaborated with diver Roman Frischknecht to produce some of its toughest watches to date.